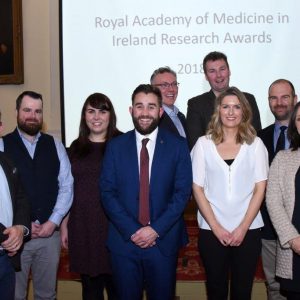 “He fed fevers”; what else can internal medicine learn from surgery?

Summary of lecture
Among the innovations introduced by Robert James Graves were giving food and liquids to patients with fever instead of withholding nourishment. It was on a ward round that Graves light-heartedly suggested to William Stokes, ‘Lest when I am gone you may be at a loss for an epitaph for me, let me give you one – He Fed Fevers.’ Equally revolutionary was the title of a 1995 paper in Annals of Surgery by Walter Pories stating “Who would have thought it? An operation proves to be the most effective therapy for diabetes mellitus”. Since then the number of bariatric surgical procedures performed worldwide has increased dramatically. Even though bariatric surgery has been shown to be superior to medical therapy in terms of glycaemic control and weight reduction, non-surgical therapies are also continuously improving. The appropriate use of bariatric surgery remains a subject of debate with many physicians in the field remaining sceptical about it, in view of the risks associated with surgery. Ultimately, treatments either have to become less invasive or the benefits of treatments need to substantially outweigh the risks.

A “medical bypass” alternative to bariatric surgery may not be as far in the future as we previously thought. Ultimately, a combination of therapies will be required to optimize benefits and reduce risks. Ongoing head-to-head trials of surgical and non-surgical interventions are warranted to determine the best route to manage type 2 diabetes, and to identify the patient populations most likely to benefit from each strategy. The major benefit of gastric bypass is however the weight loss maintenance and using combination approaches such as high protein low glycaemic index diets with exercise may significantly reduce the number of patients that regain weight and have a relapse of their diabetes after surgery. The combination of pharmacotherapy may however be the most effective approach and discontinuation of medication such as metformin, ACE inhibitors and statins should be carefully considered as these drugs potentiate the benefits of surgery without increasing the risk.

The physician’s armamentarium against obesity and type 2 diabetes is getting stronger through the use of specific dietary modifications, novel medical devices and pharmacotherapy. Whilst there are no magic bullets, an integrated multimodal approach which includes metabolic surgery may yield the most success.

This being the fifty-fifth Graves Lecture since its beginnings in 1961.