A History of Haematology

(Author of, ‘A History of Haematology: from Herodotus to HIV’; Oxford Medical Histories, 2016)

According to Herodotus Scythians drank the blood of worthy opponents and Pliny the Elder reported that Romans believed that drinking gladiators’ blood could cure epilepsy. During the Spanish Civil War modern blood transfusion was established. In World War II the use of plasma and blood saved many lives and the introduction of the plastic bag for blood transfusion in the Korean War represented another advance. The development of the atomic bomb in the 1940s led to bone marrow transplantation for leukaemia and related diseases.  By the 1980s, HIV contamination of blood components resulted in many deaths and dark days for haematology. 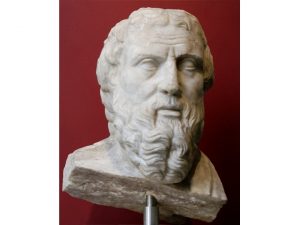